The small Swedish Log Cabin residing in Zilker Botanical Gardens has quite the history.  Built in 1838, the cabin was deconstructed, relocated, and rebuilt five separate times throughout Austin. Cabin advocate, Barbara Pate, has strong sentimental attachments to this cabin, the same place where her grandmother was born. Her family history has long been tied to this cabin and Pate wants to see it restored again.

The grade level log was damaged and rotting due to rainwater running off at the base of the cabin. The interior was also in bad shape, as it was often intruded by animals. Pate pushed the city for six years to get involved and make reparations, and finally got her wish in 2011 when the city commissioned the project.

h+uo architects is working with the Austin Parks and Recreation Department to restore the cabin. In order to divert streaming water, a rain water garden is being built, and an accessible path is being created for visitors to use while venturing to see the cabin.

The renovations are in the drawing phase, and the cabin is on its way to becoming a spot visitors can enjoy again!

Revitalizing the Chicon Neighborhood with a Mixed Use Development

It may be hard to believe, but East Austin intersection 12th and Chicon used to be a flourishing artistic, cultural, and commercial hub enjoyed by Austin’s African-American community. It was home to the Harlem Theater, which was greatly enjoyed by its African American neighbors. Today this area is notoriously known by Austinites as an area of drug-dealing, theft, and prostitution. The Harlem Theater is long gone and the only historic live music venue that remains in this area is the famous Victory Grill, built in 1945.

In an effort to bring this historic area back to life, the Chestnut Neighborhood Development Corporation selected h+uo architects to help revitalize this area into a thriving healthy neighborhood once again. Chicon Corridor is a mixed use project that will include 9,000 square feet of local retail and office spaces on the ground floor with affordable occupied housing on the 2nd and 3rd floors. While the development includes contemporary forms, the design of the project still honors the rich cultural heritage of the area. The project will be located on Chicon between 13th and 14th Streets. 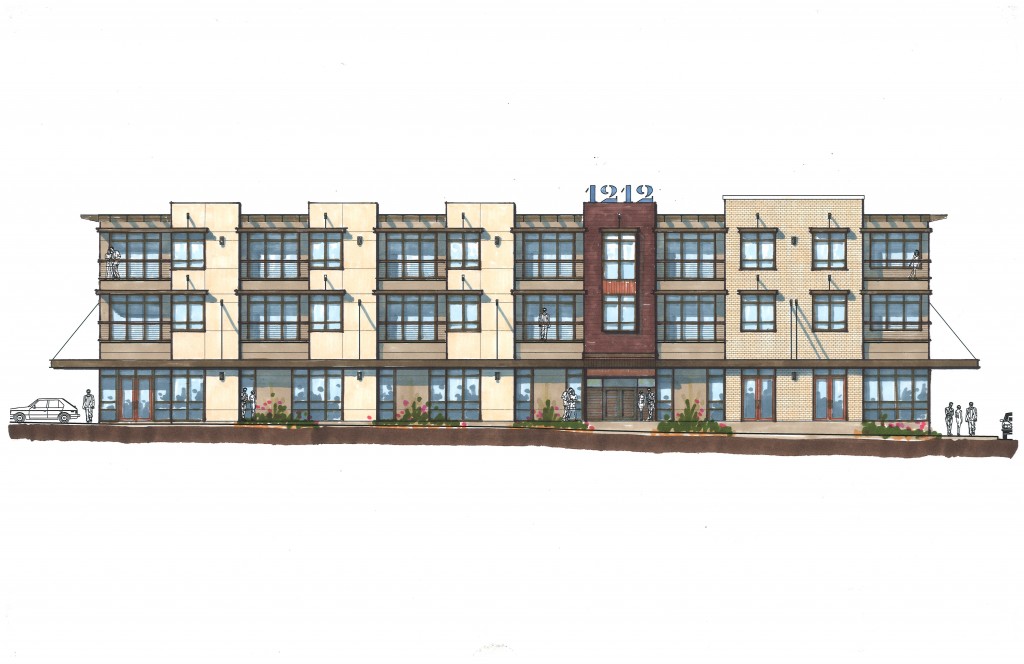 h+uo is currently waiting on receiving variances from the city, and is expected to break ground by the end of 2013. Senior Partner, Tom Hatch, is transforming 702 San Antonio Street that is currently occupied by tenants as well as the h+uo office, into boutique hotel, The Murphy Hotel. Named after his beloved canine pet, Murphy, this is a passion project for Hatch. Located on 702 San Antonio Street, the hotel will provide scenic views of downtown Austin to be enjoyed over the hotel’s rooftop deck. The Murphy is two blocks from Austin’s lively West 6th Street, and in walking distance to Town Lake, business meetings or dinner and dancing. Guests may also opt for one of the hotel’s bikes or be picked up at the door by a horse-drawn carriage (cars also available).

This new boutique hotel is being designed by h+uo architects and contracted by Bailey Elliott Construction. The Murphy is expected to open its doors to guests in the summer of 2014.